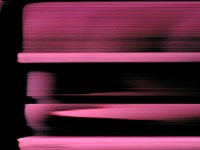 My Canon A70 digital camera gave up the ghost after a year a half. Luckily, the folks servicing my Staples extended warranty came through and cut me a check for the purchase price of the camera, after determining that the repair was too expensive to bother with.

Update 9/2/05: It’s worth mentioning that Staples was more of a pain than I first thought to deal with. They originally sent me a Staples gift card (after telling me I would get a check, and which arrived after I had already bought my new camera at Best Buy), and it took me over 2 months of frequent follow-up calls to get my check.

This put me in the market for another camera. I wanted something with a longer zoom. I was always trying to shoot things with the A70 that were too small or too far away to frame properly with the 3x lens. I eventually decided on another Canon, the Powershot S1 IS, which has a 10x zoom (equivalent to a 38mm-380mm lens on a traditional SLR camera). It’s only 3.2 megapixels, but since I rarely print photos I have never felt limited by resolution. After using it for a few days, I find that I enjoy using this camera much more than my last one. In addition to the big zoom, it has several features that make it fun to shoot with:

I did briefly consider getting a 5 megapixel superzoom. I even went so far as to purchase a Kodak DX7590 on impulse because it was 5 megapixels and had a big, beautiful LCD display. I ended up returning it unopened after reading that it has substandard image quality and long write delays. There are some recently released 5mp superzooms that are supposed to be very nice, but they are also substantially more expensive than the S1 IS, so at least for now I’m not second guessing my choice.